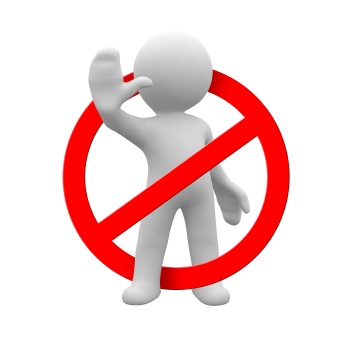 Zero tolerance is not realistic at all and should be abolished wherever it is now a policy or part of law. We are human beings and therefore fallible. Somehow those who came up with this concept did not take that into account. After all human beings are not perfect, only in our dreams do we seem that way.

Then came Zero Tolerance on top of Political Correctness and it started as a widespread reaction to what happened at the shooting incident at Columbine. But, per Lawyers.com “the policies actually began cropping up about five years before the shooting. In 1994, the federal government passed the Gun-Free Schools Act (GFSA) in reaction to several school shootings that had taken place. Basically, the GFSA requires schools to expel students who carry or possess a gun while they’re on school grounds.” While the idea of keeping guns out of schools is a good one, making it a Zero Tolerance policy is not.

People are Human Beings, not gods or even perfect. If we were perfect, then we are no longer human as humans make mistakes and know how to use our minds to find solutions that make sense. Yet the idea of a policy that leaves no leeway in either the carrying out of or deciding how the policy should be implemented is being used daily in this country. This is a very bad idea and yet it has been put into effect across the United States by those same people who brought us Political Correctness.

No one situation can fit neatly into a box that is artificially created by Human Beings and thus Zero Tolerance is a falsehood that should be wiped from the face of Humankind. It is unrealistic in its outlook as well as in its implementation. Is it not divine to forgive? There are times when the correct thing to do is to use common sense and not follow a dictatorial policy with no leeway.

Again per Lawyers.com, “Zero tolerance policies are liked by some because they’re applied uniformly and help deter “bad behavior.” Break the rule and you’ll pay the consequences. Period. No exceptions. Others don’t like the policies for the same reasons. Sometimes, suspension or expulsion simply doesn’t fit the violation. Everyone agrees that discipline, order, and safety are absolutely critical in the school environment, but the best way to create that environment isn’t always clear.” What kinds of fools are we to allow such polices when there are no exceptions? For example if your child fights back against a bully, both children are punished, when the child who was the victim being bulled was just defending themselves against a physical attack. We have the right to defend ourselves, yet under Zero Tolerance policies our children do not! Why punish someone that is just trying to prevent themselves from being further injured? Common sense must prevail and Zero Tolerance must end.