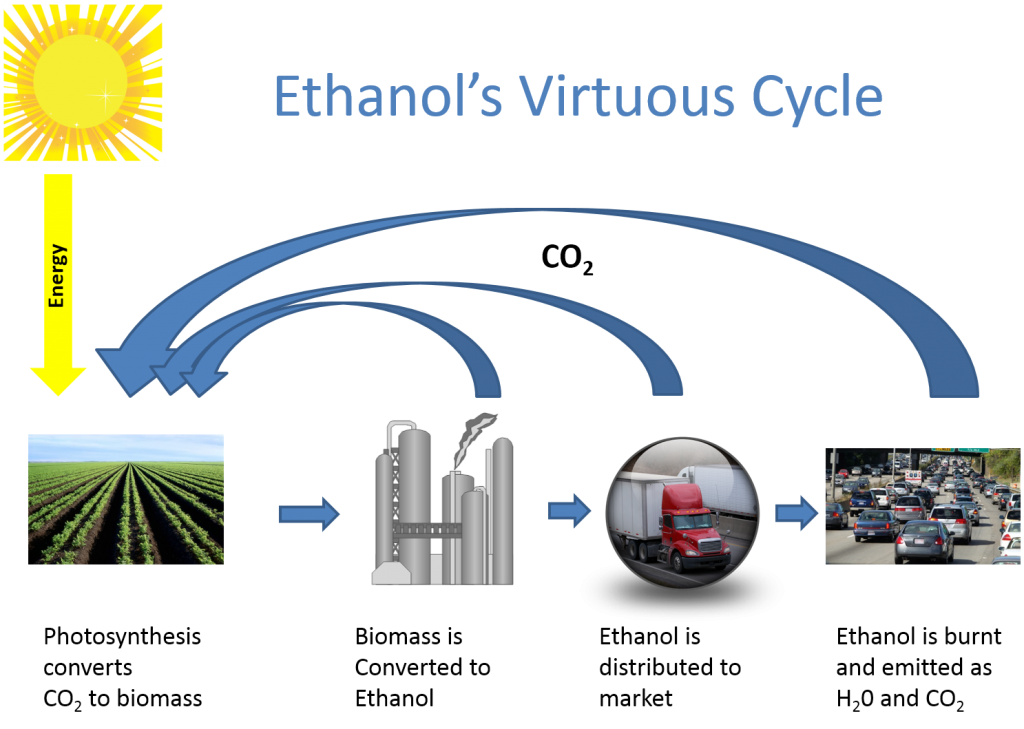 Why ethanol is not the solution to our energy needs.

For one thing it does not produce as much energy as gasoline. Per the US Department of Energy, “Ethanol contains less energy per gallon than gasoline, to varying degrees, depending on the volume percentage of ethanol in the blend. Denatured ethanol (98% ethanol) contains about 30% less energy than gasoline per gallon.” Thus per Cars.com, “A gallon of E10 has 96.7 percent of the energy in one gallon of gasoline, according to the DOE’s Alternative Fuels Data Center. That means E10 gas fractionally lowers real-world gas mileage. How much? Try about 3 percent compared to non-ethanol gas, said Toyota Senior Energy Researcher Mike McCarthy and Ford powertrain spokesman Paul Seredynski. AAA’s Green and the EPA both pegged the E10 loss between 3 and 4 percent. That means a car that sports a 30 mpg EPA combined figure is already hampered from achieving that miles-per-gallon number.” E10 is a 10% ethanol mixture in a gallon of gas that you purchase as a consumer.

Another problem is that, “we use more energy to make ethanol than the ethanol will produce. This reminds me about the United States penny. We use something that holds a value of $0.01 but it costs $2.41 to produce a penny. What I do not understand is with a tax break being issued for ethanol we set a minimum value on corn. Which increases the cost of corn for food production.” Of course you have to know that it would be better to use sugarcane. Per California Ethonal + Power, “sugarcane ethanol production has location advantages, will have lower feedstock costs, premium ethanol prices and higher co-product value and will use much less water than conventional corn-based ethanol plants, whether in the Midwest or California.” And I must make note of the fact that ethanol can be made from algae, a much better alternative.

While ethanol is a renewable resource, my problem with it is that making it just makes no real sense. Especially as electric vehicles are now becoming a realistic alternative for many drivers.

Here are some surprising facts, it takes “328 gallons of ethanol can be created from 1 acre of land.

To keep burning either a renewable resource such as ethanol or a non-renewable one, oil, just contributes in the long run to greenhouse gases and making our world a more polluted planet.