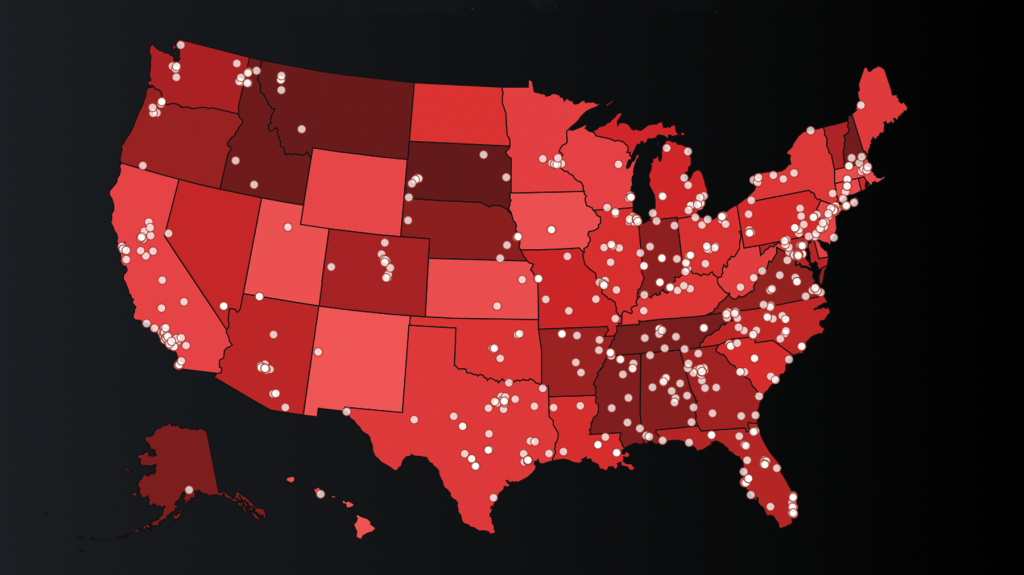 The rise of hate groups and their ilk is very alarming.

Per the Southern Poverty Law Center, “A surge in right-wing populism, stemming from the long-unfolding effects of globalization and the movements of capital and labor that it spawned, brought a man many considered to be a racist, misogynist and xenophobe into the most powerful political office in the world. Donald Trump’s election as president mirrored similar currents in Europe, where globalization energized an array of extreme-right political movements and the United Kingdom’s decision to quit the European Union.” Also, “Several new and energetic groups appeared last year that were almost entirely focused on Trump and seemed to live off his candidacy. They included Identity Evropa, a campus-oriented group based in California; The Right Stuff, based in New York; and American Vanguard, a group with 12 chapters. And The Daily Stormer, the website whose chief came up with the term “Our Glorious Leader” for Trump, expanded into real-world activism by starting 31 “clubs.” In July, it became the most visited hate site on the Internet, surpassing longtime hate leader Stormfront.”

So it seems that President Trump has consciously or unconsciously brought about the rise of hate in the United States. If Trump is aware of this I do not know, but he has not done enough to even dampen the growing hatred of others that are in some way different from those who hate.

Hatred knows no color barrier or religious one either. So no group is immune from being their target. We as a people need to learn a very simple lesson. A lesson that seems to have evaded too many.

That lesson should not surprise anyone. It is that no matter what the color of your skin or what religion you practice or what your background is, we are all are human beings! No matter how those who espouse hate might try to dissuade you otherwise this is always true.

It is time to reach out and try to understand those who you find different from you, those that somehow make you feel uncomfortable are the ones I am talking about. Don’t set out to love them, but I suggest instead to learn to show them the respect that you want shown to you. To me this is a great starting place for any relationship and is far easier than trying than even liking someone.

When we show others that we respect who they are then we have made that small step that can lead to a better understanding between us all.