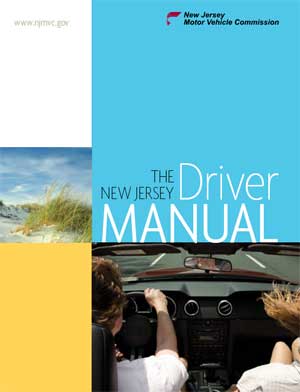 Today I thought that I would use this blog as a soap box to express some thoughts. As time has gone by I have noticed more and more bad driving in New Jersey. Some of the people have been of certain groups and the others are new drivers; either to the state or to driving itself.

While I know for a fact that there are more people driving on New Jersey’s road’s today than in the mid-70s, it seems that back then people drove much better. Today you have to have taken driving instruction by a professional, in my time it was my Father and my school’s driving teacher. Several times a week I went out with two others and our driving teacher to learn how to drive, park, etc. And on the weekends my Father would take me out during the day and even at night to learn how to handle the different driving conditions.

Somehow I think the old system was better. Yes, I know that a so called professional driving instructor is supposed to be better. But some of the instructors I have seen teaching their pupils how to drive leave much to be desired. Why was this change made? It now seems to me that a special interest group lobbied our wonderful legislators and thus this expensive system was made into law.

On the whole the new drivers do not seem to be that good to me. Too many have grown up with iPods ear buds in theirs ears; no matter what they were doing and they continue doing this. Even though it is illegal to do so! Or just as bad they play their music at ear busting levels that not only prevent them from hearing horns, emergency vehicles, etc. Or even worse they are on their cell phone holding it and talking or even much worse reading or writing a text message.

Don’t they understand that as new drivers they lack the concentration and their driving skills are not yet honed enough to allow them to be distracted? Plus as normal teenagers they go out in groups so that they are being distracted by these same friends when riding around.

So our legislators have created laws against having too many passengers as a new driver, that texting when driving has been made illegal and hand holding of your cell phone has been outlawed. Are these laws being obeyed? I must emphatically say NO! They are very difficult to enforce and do not carry harsh enough penalties.

As to the other new drivers, those from other states/countries. Those from other states used to have to take the written drivers test for New Jersey, now our wonderful state has decreed that we have reciprocity with other states and they do not have to take our drivers test anymore. What a mistake that was, now we have people driving around that do not know the laws that apply to driving in New Jersey. It sure shows in how they drive and makes me wonder how dumb we are to have gone along with dumb idea. Those who can not read English can take the test in their language, but our road warning signs are in English! How does this make any sense? It doesn’t to me, you need to be able to understand written English.

Happy driving to all and to all stay far away from me when driving.