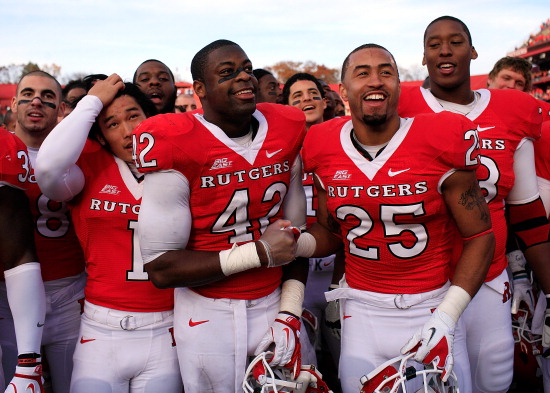 Is Rutgers sports program going in the wrong direction? With what has happened in the last few weeks it does seem it has and the emphasis on going big time has not helped. The amount of financial resources being devoted to just a few sports has been detrimental to those students who previously were able to get scholarships to the sports programs that have been sacrificed on the road to the big time.

As an alumnus of Rutgers it does seem to me that too much money has been spent on pursuing the dream of being a big time school in the sports arena. Is it worth the time and money to remake Rutgers into such a school or is it better to emphasis the academic side, like MIT? Is it better to be a Yale, Harvard, Purdue, Notre Dame, etc or does not seem to be so much more important to be a Princeton, MIT or Cal Tech.

The Rutgers Daily Targum did an excellent article back in April 2015 that said, ‘Rutgers Athletics lost more than $36 million in the 2013-2014 fiscal year, a deficit more substantial than losing $1 every second of a typical calendar year, according to a March 2015 report by the University Senate’s Budget and Finance Committee.

After spending $76.7 million on Athletics, Rutgers lost nearly 50 percent of its expenses during the last fiscal year, a figure reflecting lost money initially supplied entirely by allocations of University discretionary funds and student fees, according to the report.

When compared to other universities in the United States, Rutgers’ academic program bears the highest cost to the rest of the University for an intercollegiate athletic program, said Thomas Prusa, chair of the Department of Economics.

“To try to do any sugarcoating of the magnitude of (this) financial loss is just not being honest,” he said. “We’re No. 1 in financial losses … by a mile, we lose more money than any other university on athletics.” Rutgers Athletics is engaging in a financial arms race against other Big Ten schools, making important decisions with the assumption that spending more money translates to winning more games, Prusa said. To say the University is operating at a net loss would be an understatement.

The only spillover benefit from the University’s athletic spending would be a perceived sense of pride in going to Rutgers because of the wins made by revenue-generating teams, Prusa said. “There’s a direct cost imposed on students, that students don’t understand is (there),” he said. “We’re now in this better conference, and the reality is, we’re in a set of schools that have so much of a giant financial advantage (over Rutgers). It’s just a financial spending race.”’ I do urge you the reader to take a look at the article to fully understand what the Rutgers administration and Board of Governors have done to remake our fine university.

This clearly makes the case against spending more money to become a big time sports school. Nothing the administration can say or do will justify the waste of money nor the damage to Rutgers academic budget. An even better case can be made again can be made to reinstate the sports programs that were cut to allow the move to the so called big time.

NJ.com wrote that “Rutgers head football coach Kyle Flood will sit out the next three games after the university investigated rules violations and saw a recent string of arrests and charges against current and former players.” What Flood did does not matter, what counts is that it was serious enough to warrant a three game suspension. And the players that robbed others plus the one that beat up his girl friend are systematic of problems within the Rutgers recruiting system; of which I will hold back my opinion until such time all the facts are revealed.

All I can say at this time that I am proud of my school, but not of its sports program. Will someone please put Rutgers back on the academics are more important than the sports program going big time.