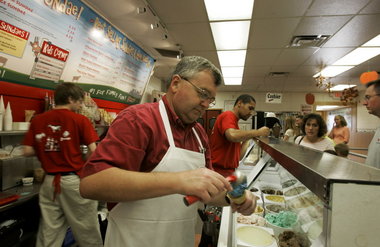 Our legislators are all for a living wage, they are calling for a minimum wage of $15.00 per hour. They are Democrats for the most part and see the raising of the minimum wage from $8.25 to $15.00 per hour as the answer that would enable working people to be able to pay their bills. Everyone has to remember that these jobs are meant as entry level positions and not as a long term proposition.

What kind of jobs are entry level, well how about working at your local MacDonalds as one of the crew or being a salesperson at a store, or as part of the cleaning crew. At some point you move up the ladder and get a raise which still does not guarantee that you would be making enough money to live here in New Jersey! Most entry level jobs are populated by students and those who have been laid off from a better paying job or do not have the required education to move onto better jobs.

This past year those who work at fast food franchises across this country were demanding that the minimum wage be raised to $15.00 and some states/cities have yielded to their demands. I would think that the employer who has fixed costs and can not afford to raise wages for its lowest level employees will look for alternative ways to save money. One of which is to look toward automation of those jobs, for example there does exist a burger making a machine that would negate the need for burger cooks and assemblers. So if the minimum wage were raised to what the legislators want many of these people would be laid off and replaced by technology, not a pleasant thought is it?

One of the problems is that we need to educate/reeducate more people to do skilled jobs through the use of vocational schools instead of the idea that everyone needs to go to college. Not every job should require a Bachelor’s degree nor is everyone suited to go to college. We as a state and a nation need to address the needs of the business community. And not continue to create a welfare state that does not help lift up those who need help, but instead just makes them feel inadequate or powerless to guide their own future.

Our economy is driven by the cost of services and what people will pay for goods. It is not a socialist or communist system where the government dictates the price of goods and wages. Yet our legislators have not grasped this simple point and continue to think that they know best. There will always be those who are the haves and the have not’s, we as a society must realize we must strive to help but not hinder. To tell someone that just because you do not have a college degree you can not do this job is just ridiculous and the reality of life experience must be taken into account. So let all of us get real and see through this veiled attempt at political manipulation of our economy before it is too late.

We could end up with a large amount of automation and few unskilled jobs. That would be a nightmare for those who want to work and can not afford to go to college or have the aptitude to do so.

1 thought on “What is wrong with a living wage?”