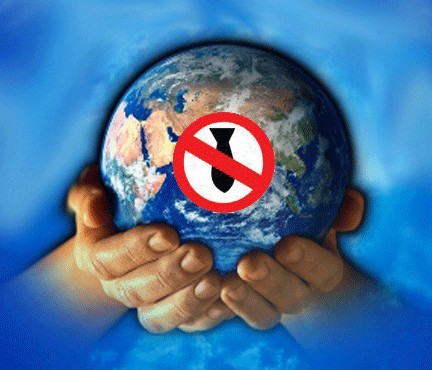 Would the world be better off without nuclear weapons or do they still serve a purpose today? That is the question you should be asking yourself when thinking about nuclear weapons and their impact upon society. Many of the anti-war mindset say just get rid of them; they are more of a menace and in no form a blessing. Those of that mantra say that no matter what occurs, war should never happen. For those type of people all I can say is remember Pearl Harbor!

The case for getting rid of our nuclear arsenal is the goal of many groups such as the Campaign for Nuclear Disarmament, a British based organization. Their goals are to get rid of all nuclear based items, be they arms or power generators. To me they do not understand that there is a need, at least for now, for both nuclear power and weapons. I will stick to the weapons side and just say that while I am not for the use of these so called Weapons of Mass Destruction (WMD) they do have a function in that they do make other governments think twice about attacking us. The policy/theory of “Assured Mutual Destruction” (MAD) has been around since the days of the Cold War with the old Soviet Union and it did work. Per Wikipedia “It is based on the theory of deterrence, which holds that the threat of using strong weapons against the enemy prevents the enemy’s use of those same weapons. The strategy is a form of Nash equilibrium in which, once armed, neither side has any incentive to initiate a conflict or to disarm.” Now just let me cite a more modern day example of deterrence, while China is our trading partner/friend (at least for now) our having the “bomb” prevents them from using their overwhelming troop strength to invade us and rape our country of its natural resources.

Proponents of the idea of “MAD as part of U.S. and USSR strategic doctrine believed that nuclear war could best be prevented if neither side could expect to survive a full-scale nuclear exchange as a functioning state. Since the credibility of the threat is critical to such assurance, each side had to invest substantial capital in their nuclear arsenals even if they were not intended for use. In addition, neither side could be expected or allowed to adequately defend itself against the other’s nuclear missiles. This led both to the hardening and diversification of nuclear delivery systems (such as nuclear missile silos, ballistic missile submarines, and nuclear bombers kept at fail-safe points) and to the Anti-Ballistic Missile Treaty.” It has worked in the past and continues to do so as long as the leaders of government are not crazy, like the Kim il Jun (the leader of North Korea) who is (in non psychobabble) just plain nuts!

Those who think peace should come at any cost are very unrealistic in their outlook and do not take into account our warrior based past, after all we are not advanced as those people on the “Star Trek” were supposed to be and even then they did use WMD to defeat/protect themselves.

And then there are those do not think that WMDs are something to get rid of, but something that is still needed in our 21st Century world. Per Foreign Policy– “The writing is already on the wall. Russia, China, India, Pakistan, and North Korea are modernizing or expanding their nuclear arsenals, and Iran is vigorously pursuing its own nuclear capability. As Yale University political scientist Paul Bracken notes, we are entering a “second nuclear age” in which “the whole complexion of global power politics is changing because of the reemergence of nuclear weapons as a vital element of statecraft and power politics.” Nostalgia for simpler times can be seductive, but the United States needs a nuclear force that can protect it from the challenges that lie ahead.”

So in conclusion the use of the atomic bomb on Hiroshima and Nagasaki was justified because thousands of soldiers lives were saved, both US and Japanese. Since then there has not been an incident where we or anyone else has used their nuclear arsenal. We have come close, but thanks to cool heads nothing happened. While I too would like to see a nuclear free world, it is just not realistic for the world we live in. And about President Obama visiting Hiroshima and saying that he wants to see the destruction of all nuclear weapons is just unrealistic. I am glad he realizes that the United States use of the bomb during WWII was justified and requires no apology from us to Japan. Let us all hope no one ever uses a WMD is ever used.