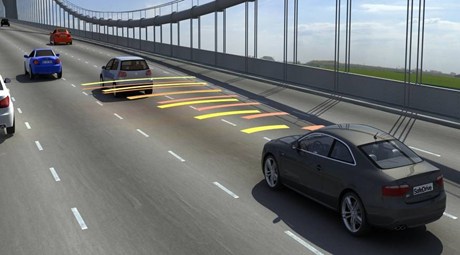 As I watch television I am noticing more and more car manufacturers touting their version of an electronic crash avoidance system. It makes me wonder what happened to paying attention to the road when you are driving.

What is happening to us? Are we becoming too dependent on these aids or are they just something that enhances our driving safety? For those just starting out driving these devices do help prevent them from getting into an accident, but then you will become dependent on them which can be a bad thing to happen.

Hyundai, Honda, Kia and Subaru are just a few car makers that have ads showing how their crash avoidance systems help prevent accidents. The funny thing is that the auto makers all agreed that by 2022 all of the vehicles manufactured for the United States will have automatic braking. Just like every car being made now has a backup camera, this was mandated by the government.

In the ads that I have seen they show how when the driver is inattentive, the crash avoidance system takes over and prevents an accident. The big problem is that people will become too dependent on these systems and they do not have the ability to work correctly in all situations. After all they are just computers programmed by human beings and thus they are fallible because people are not perfect and do make mistakes in design/programming.

From an article in the Detroit Free Press, “That’s because not all automatic braking systems are created equal. If you think drivers get annoyed by bad voice recognition or finicky audio and climate controls, just wait ‘til they start reacting to phantom braking, false-positive collision alarms and collisions that happen despite the fact that their car has automatic braking. Tuning the systems correctly will be vital not just for safety, but for customer satisfaction.”

Further, “In a recent demonstration of the 2016 Toyota Prius’s pedestrian detection braking, I saw one journalist after another mow down a dummy named Elvis, despite the fact that the system was working as designed.

That’s because Toyota engineers instructed the system to defer to driver input. The sensors apply the brakes automatically, but if the driver then notices the impending collision and hits the brake, the driver’s input overrules the computer’s braking. Most of the journalists testing the system who hit the brake did it with less force than the automatic system was using to save the dummy.

It would have been better to let the automatic brakes do all the work, but the drivers did not understand that.

At the other end of the spectrum I’ve heard auto writers complain about false positives that caused the Honda Pilot’s system to apply the brakes on when they weren’t needed.

Both cases show that the way each automaker engineers its system will be vital.

“There will be some dissatisfaction among customers,” IHS Automotive senior analyst Stephanie Brinley says. “Customer education will be very important. If the driver doesn’t understand and follow the rules that determine how the system works, it won’t.”” So do not become too dependent on these new safety systems, for they will malfunction!

I for one welcome the introduction of these new safety systems, but I understand that they still have a lot of actual real world use before they become very reliable.