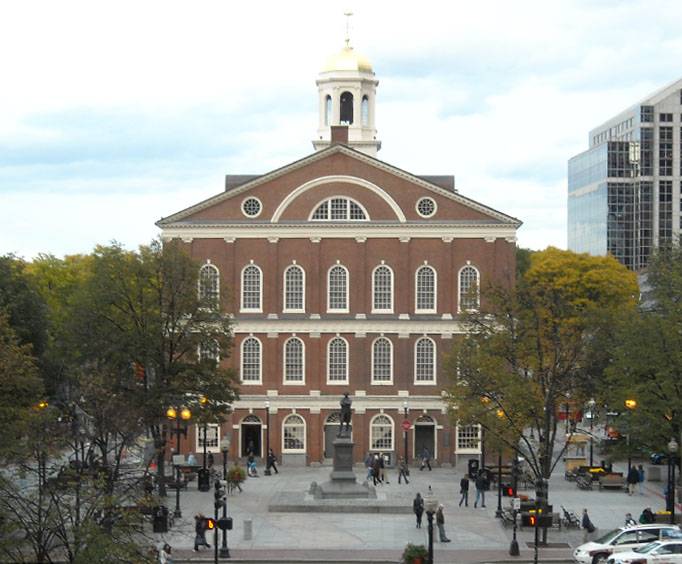 Boycotting and/or name changing of buildings named after slave owners is another attempt to rewrite US history.

One of the latest places being boycotted is Faneuil Hall in Boston Massachusetts. According to the New York Post, “Boston’s Faneuil Hall has served as a home for civic rhetoric from the time colonists congregated to talk about freedom from the British. But the site known as the Cradle of Liberty is named after wealthy 18th-century slave owner Peter Faneuil.”

Activist “Kevin Peterson is leading the boycott of the city-owned building this week, saying the hall was constructed from money derived from the sale of slaves, and that the city’s African-American population doesn’t feel a connection to the site.” I can not fathom why people of any race or color can not come to grips with the idea that these attempts to highlight places that were named after slave owners are just an idea not well thought out.

At the time of the hall’s construction slavery was a legal and accepted institution of its day. We can not try to change or boycott some building just because of what the person it was named after had slaves. This is a non-starter issue and these activists should realize that their attempts to somehow rewrite history by removing people’s names does not change anything. Nor will doing so cause an exchange of reasonable dialogue to take place. What happens is a one sided debate that slavery was and is wrong. This is just a waste of breath to rehash the distant past.

I have got news for those people, slavery has been outlawed in the United States since the end of the Civil War. This non-issue is an attempt by the far left wing to stir-up African-Americans against those who they perceive as being the enemy, IE the far right wing politicos.

Race should not be made an issue by either of these two groups. What happened in the past was wrong and it was eventually outlawed. Let it be a lesson for people to understand that there are no inferior races, creeds or religious beliefs. We need to come together as a people and not be looking to cause trouble based on something that has not happened in the last one hundred and fifty years.

Dialogue can be a good thing, but by not trying to bring us all together these activists are pushing us apart. We need to look beyond race, color, creed or religious beliefs and learn the fact that we do not have to love one another. Just showing respect to our fellow human beings is far more important.

I am not saying that we should not forget our history, but instead remember that history and not forget it. So we never repeat it!