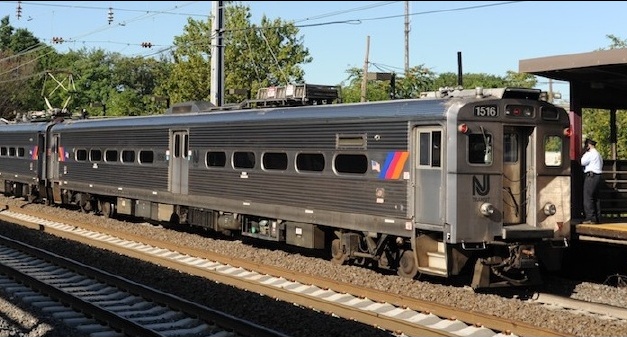 The Northeast Corridor in New Jersey is falling apart and the US Department of Transportation has not done anything with the monies that Congress has already appropriated.

The Coalition for the Northeast Corridor sent a letter this September to the Secretary of Transportation. Here is an excerpt from it:

The Coalition for the Northeast Corridor (CNEC) was formed to help policymakers understand the critical importance of the NEC to our Nation and our businesses. This region between Boston and Washington, DC, generates 30 percent of all U.S. jobs and $3 trillion annually. It helps fuel the U.S. economy from coast to coast. As an important first step toward enhancing this region’s and our nation’s economic security, we are writing to urge you to release the $275 million appropriated by Congress.
We take our corporate citizenship seriously, because we understand the consequences of continued
inaction if NEC infrastructure repairs remain neglected. The NEC supports 780,000 commuter trips and 40,000 intercity trips per day, but it is plagued by failing infrastructure from which a single bridge or tunnel incident could bring this economic engine to a grinding halt for months. Losing the NEC for a single day could cost the country $100 million in productivity losses and broader transportation impacts. Congress understood the severity of this national infrastructure crisis when it included more than $275 million in the 2017 and 2018 Appropriations bills for a newly authorized Federal-State Partnership of Good Repair (“SOGR”). With both Republican and Democratic support, this is the first major funded program for passenger rail infrastructure that was both authorized and appropriated by a Republican controlled Congress – reaffirming the fact that the NEC is America’s most economically critical transportation asset whose failure will have national implications.

As you can see this was a bi-partisan effort and yet the Trump Administration has yet to release the funds that were allocated for the urgent repair and building of this vital infrastructure transportation corridor.

Congress must apply the needed pressure to ensure that the monies are allocated. For if it is not done soon a major transportation corridor could suffer a long term interruption in service that would hurt both New Jersey and New York. Not to mention the very bad economic problems that would occur if something happens to disrupt the use of this corridor.