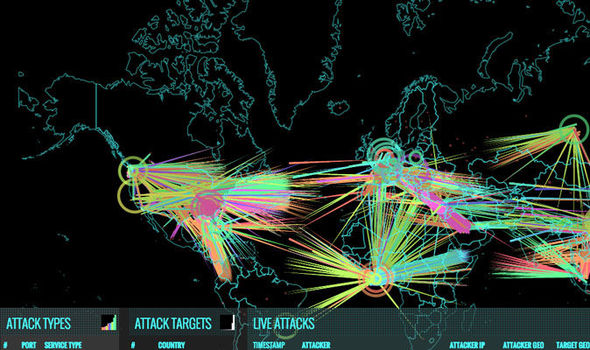 Foreign hacking by both our supposed friends, China and Russia, have been hacking into intellectual properties and into our suppositively protected civilian/military systems.

Per NBC News, “”The big headline really is that China is back,” said Dmitri Alperovitch, co-founder of CrowdStrike, which published a midyear report Tuesday describing its observations of Chinese hacks into biotechnology, defense, mining, pharmaceutical, professional services and transportation firms.

“They are back to stealing intellectual property on a massive scale.“”

And per Reuters, “A federal grand jury on Friday charged 12 Russian intelligence officers with hacking Democratic computer networks in 2016 as part of Moscow’s meddling in the presidential election to help Republican Donald Trump.” Plus per Reuters, “Russian hackers gained access to the networks of U.S. electric utilities last year, which could have allowed them to cause blackouts, according to federal government officials, who said the campaign is likely continuing, The Wall Street Journal reported on Monday.

The hackers, who worked for a Russian state-sponsored group known as Dragonfly or Energetic Bear, claimed “hundreds of victims” in 2017, according to officials at the Department of Homeland Security, the Journal reported.

Hackers used conventional tools such as spear-phishing emails and watering-hole attacks that trick victims into entering their passwords and then gained access to corporate networks of suppliers, which allowed the hackers to steal credentials and gain access to utility networks, the report on.wsj.com/2LxBrtZ said.”

So are so called friends are really not so friendly! They want to steal our intellectual properties, influence elections and possibly disrupt our power grid. This does not sound like friendly nations and I for one do not have the trust that President Trump has for them.

We need to be more vigilant, both ourselves, our companies and the government. If our guard is let down these not so friendly powers will do a lot of damage, both economically and politically.