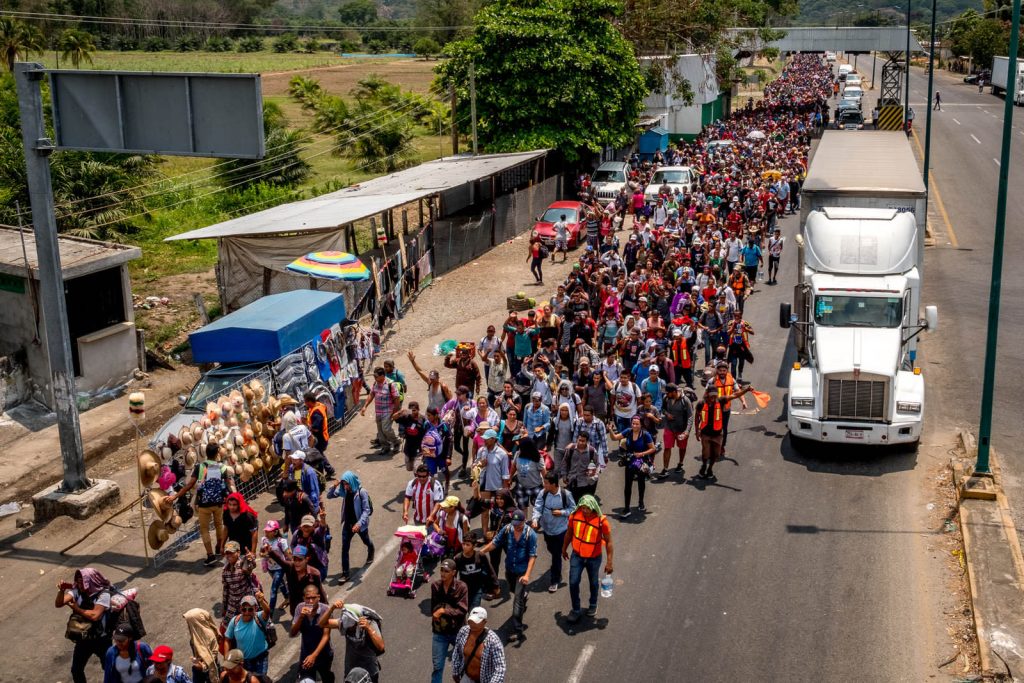 Reality is stranger than fiction! Yes, real life today is a lot weirder than most fiction writers ever dreamed of.

Take for example the killing of Jamal Khashoggi inside of the Saudi Arabian consulate by persons unknown. The Turkish authorities were allowed inside, remember that the consulate is considered Saudi soil. Allowing the search was a very unusual event, to allow the authorities of another country inside is the Saudi’s way of trying to hide the truth by showing a staged death scene. Our own President Trump does not believe what the Saudi Arabian King is saying and yet he thinks more about all the money businesses would lose if we were to terminate the arms deals we have with them than the overt planned murder of Khashiggi.

Would you ever have thought that a caravan of Hondurans would be marching toward our border intent on crossing into the United States without the proper papers or permission? Per USA Today, “The caravan began October 13 when a group of mostly Honduran migrants embarked on the trip north, fleeing government corruption, extreme poverty and rampant violence. The caravan has already trekked through Guatemala and is passing through southern Mexico with migrants from Nicaragua, El Salvador and Guatemala. It was organized by Pueblo Sin Fronteras, a human rights group that provides aid and legal assistance to migrants.” Why do they think that they have the right to travel from their country to ours without going through the proper channels, because somehow the liberal left wing politicians (of our country) make it seem that if you can reach our soil you can stay. That is not true and these people might find themselves facing armed border agents and the US Army. Only god knows what will happen then!

And how about the idea that the United States might terminate an agreement with Russia that limited the number of intermediate-range nuclear missiles! Per CNN, “President Donald Trump announced Saturday that the US is pulling out of the landmark Intermediate-Range Nuclear Forces Treaty with Russia, a decades-old agreement that has drawn the ire of the President.

“Russia has violated the agreement. They’ve been violating it for many years,” Trump told reporters before boarding Air Force One to leave Nevada following a campaign rally.

“But Russia has not, unfortunately, honored the agreement. So we’re going to terminate the agreement. We’re gonna pull out,” he said of the agreement, which was signed in December 1987 by former President Ronald Reagan and former USSR President Mikhail Gorbachev.

According to the report, the Kremlin’s spokesman, Dmitry Peskov, said, “It’s likely that an explanation from the US will be required following the latest scandalous statements.””

To me the termination of this treaty could restart the production of nuclear warheads and that is not good news. Of course the Russians under Putin have been violating the treaty for a long time now and our previous president did nothing, but to me it does not make sense to do what Trump is threatening to do. What should be done is to call Russia’s bluff and make them remove the violations that they have created.

So the above three examples are just a small sampling of how reality is stranger than fiction.