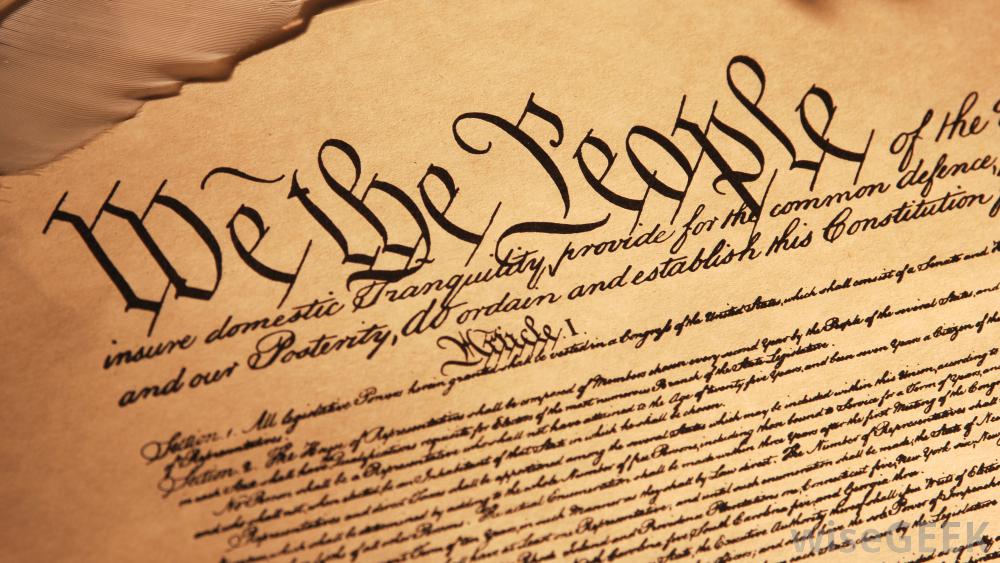 President Trump and his advisers do not seem to understand the separation of powers written into United States Constitution. So today I will address this issue.

Here is an explanation of The Separation of Powers, “devised by the framers of the Constitution was designed to do one primary thing: to prevent the majority from ruling with an iron fist. Based on their experience, the framers shied away from giving any branch of the new government too much power. The separation of powers provides a system of shared power known as Checks and Balances.

Each of these branches has certain powers, and each of these powers is limited, or checked, by another branch.”

So from the above explanation that our constitution was setup to prevent the President or the Legislative branch from having too much power.

Now let us apply the above to what the President wants to do. Per CBS News, “President Donald Trump says he wants to order the end of the constitutional right to citizenship for babies of non-citizens and unauthorized immigrants born in the United States. “How ridiculous, we’re the only country in the world where a person comes in, has a baby, and the baby is essentially a citizen of the United States for 85 years with all of those benefits,” the president told Axios. “It’s ridiculous. It’s ridiculous. And it has to end.”

Section 1, which contains the Citizenship Clause, of the 14th Amendment guarantees that right for all children born in the U.S.”

So Trump wants to use his executive power to override the 14th Amendment to the United States Constitution. His problem in doing this is that he does not have that option. Per AP News, “Suzanna Sherry, a professor of law at Vanderbilt Law School specializing in constitutional questions, said those advising Trump that he can change the Constitution via executive order are simply mistaken. “He can’t do it by himself and, in fact, he can’t do it even if Congress passed a statue.”

“I think it would take a Constitutional amendment,” she said. “I don’t see it as having any plausible legal basis,” she said.”

So because of the separation of powers that was wisely written into our constitution by our founding fathers neither the President nor Congress can change the United States Constitution by either an executive order or legislation. Only by making an amendment to our constitution that has to be approved by the states can this happen. And to that fact I for one am grateful. For no one person or persons should be able to amend it easily, but instead we must go through the process clearly stated in this wonderful document. Without our constitution we would not be the great country we are today.