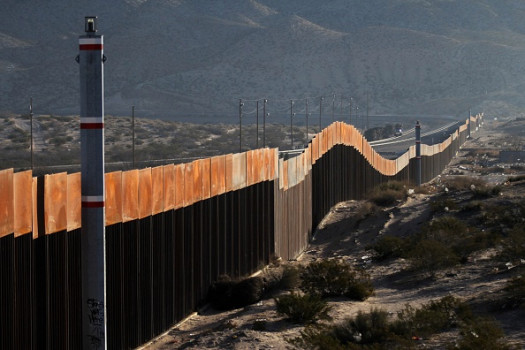 Today our government is shutdown and no not just for the holiday of Christmas, the shutdown is all about a border wall. The one President Trump wants to prevent illegal aliens from crossing over into the United States from Mexico.

Congress will not be in session until this Thursday and thus there is little hope the government employees will be paid before the new year.

The president and congress can not agree on funding the aforementioned wall that Trump thinks is necessary for our security. Most of the government will remain in limbo until a new spending bill is passed and signed into law.

In the mean time the door of the White House is more like a revolving one than a normal door. For Trump has been firing and pissing off a lot of the people who now work there. The latest is the resigning, then firing of Defense Secretary Jim Mattis, a revered retired Marine general who can no longer stomach the president’s policies. The breaking point for General Mattis was Syria and the Trump move of recalling our troops leaving Russia to move into the vacuum. Furthermore, “Mattis, in his resignation letter, also highlighted the need for global military alliances, writing: “One core belief I have always held is that our strength as a nation is inextricably linked to the strength of our unique and comprehensive system of alliances and partnerships.”” The idea that core beliefs are being undermined by this president is abhorrent to me and I also have to agree with the general and say for the amount of manpower required to maintain peace that we should stay for now and not let Putin grab move power over this war torn country.

Somehow Trump seems to think that he knows best and that his advisers know next to nothing, so he just ignores them. If he keeps this up we will be in very deep trouble (shit) in a extremely short period of time and thus since it is Christmas I thought a song parody would be appropriate.

So here is my parody of ‘O Tannenbaum‘ entitled ‘O Border Wall’ :

How the people don’t want you.

You’re needing greenbacks not only

to build you, but to maintain you.

No, also in winter the illegals want to cross.

How disloyal are your are your detractors.

So a Merry Christmas and hopefully a better New Year to all!