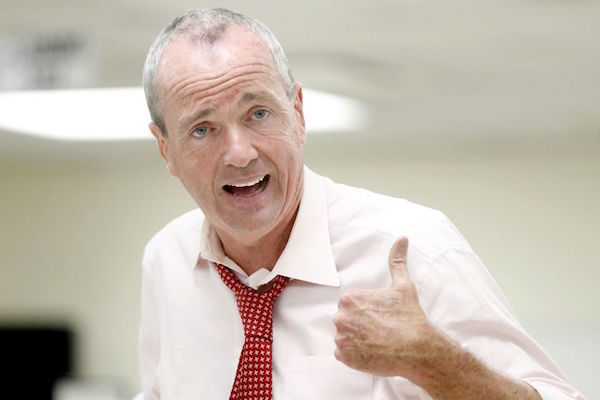 This is the first year in office for Governor Phil Murphy, so here is my version of a report card. I would give him a C- for his first elected position.

I will start with his campaign promises. Per NJ.com, they looked at nineteen things that Murphy promised and found that those promises were not all kept.

My take on Murphy is that he is blindly following the progressive politics path and will not stray from it, even when it makes sense to do so. For example a recent bill that outlawed the use of wild animals in acts was signed into law by the governor, to me it makes more sense to have stricter oversight and common sense rules that both protect these animals but yet allow them to be seen by the public in a circus setting. What happened that organizations, such as PETA, held their sway over Murphy and the governor did not care about what the voting public wants.

On the official New Jersey website you will find the bills that were just signed into law and if you look at the list you would find that some very important issues have not been addressed. The number one issue is of course property taxes and nothing at all has happened to lessen them. Number two is the public employee insurance costs and the legislator tried to do a minor fix that the governor nixed. Number three is the problem of New Jersey Transit and what a mess that is. Firstly they still have not completely finished the installation of Positive Train Control (PTC), they barely meet the required installation mandate of the federal government. The governor has stated that he was pushing NJ Transit to finish PTC, but he only started doing this very recently. And maybe even worse is the fact that Murphy is not pushing for the new train tunnel(s) under the Hudson River while Governor Andrew Cuomo of New York is working hard to get it funded.

To me Murphy is in the pocket of the public unions and can not seem to veer from the progressive agenda. This and the above mentioned are the reasons why I am giving him a C-, if I wanted to grade him like he was an experienced politician he would get a F. Because he promised too much and delivered very little while ignoring the long term problems that the voters of this state are suffering from.