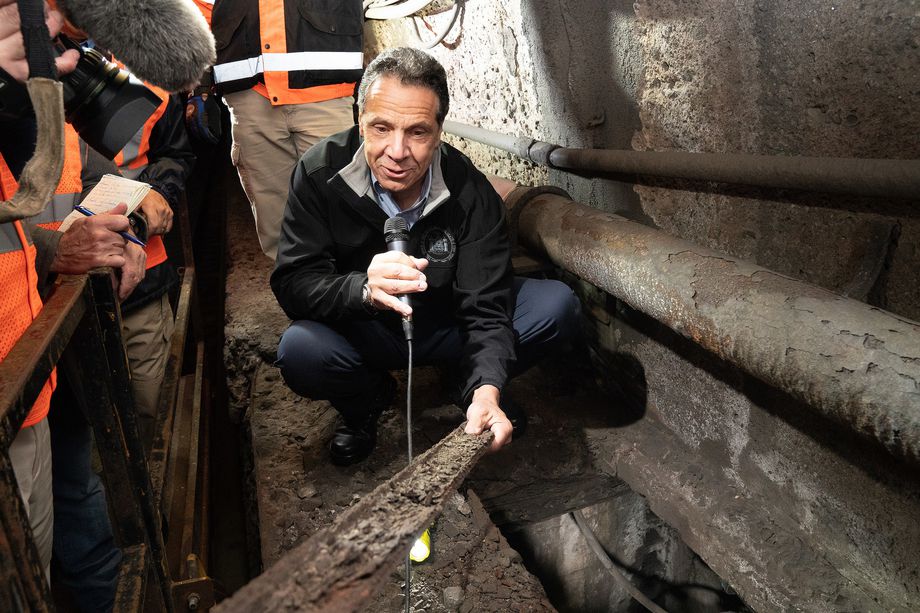 An important project that directly impacts New Jersey residents and commuters was talked about without the attendance of Governor Murphy. Such an important discussion with the President about the future of this project and Murphy was not to be found.

Instead Murphy was lobbying for a living wage. Well Mr. Murphy do you not understand how important the Gateway project is to this state? In fact if the tunnel project is not started soon, we might have a catastrophe on our hands. Commuter trains will not be able to cross from New Jersey to New York if one of the existing tunnels fails.

A video shows the damage that happened “when Hurricane Sandy hit in 2012, the tunnel was already over one hundred years old, and the storm caused the tunnel to be inundated with seawater leading to falling concrete, corroded electrical cabling and standing water damage.” Do you not understand that by not attending yesterday’s meeting, Governor Murphy has shown that he has no idea what the important issues are. While Governor Cuomo of New York has shown that he understands how important this project is to the welfare of both his state and ours.

Instead Murphy is pushing for the minimum wage increase and doing a horrible job at doing that. He is alienating Senate President Steve Sweeney, the one person that could hold up Murphy’s pet project.

While Murphy pushes for his progressive causes, the existing Hudson River train tunnels are deteriorating from old age and the damage done by Hurricane Sandy.

In my opinion Murphy is ignoring what is truly important to New Jersey’s economic health and in doing so his actions are actually hurting the people of New Jersey. Someone really needs to get Murphy ‘s attention directed to those things that really need to be attended to and stop playing around with progressive ideas that are so much nonsense.

Also by not attending the meeting about the Gateway Project with President Trump, Governor Murphy has missed a golden opportunity to discuss with the President those things that are truly important to the people of New Jersey.