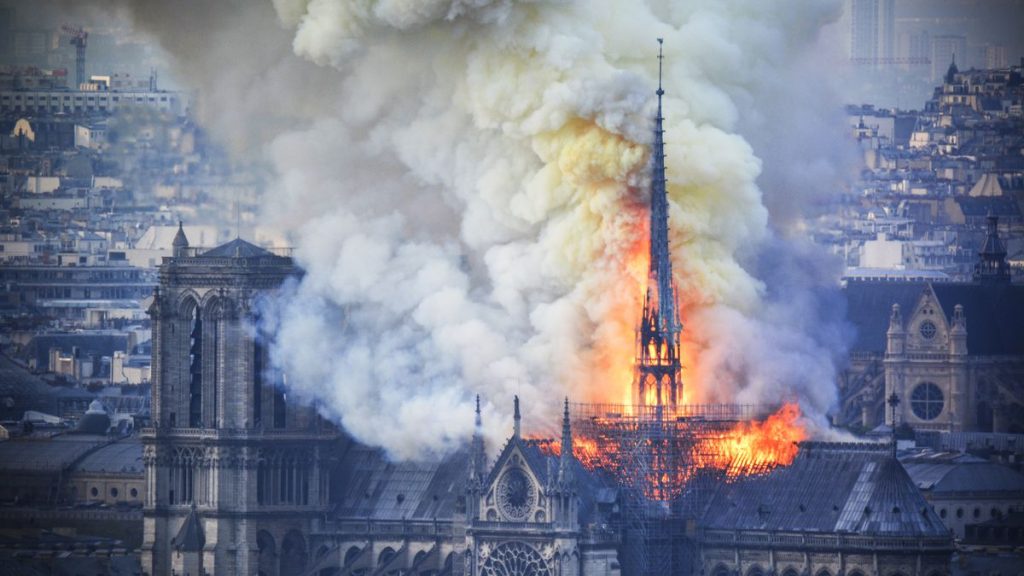 Yesterday Notre Dame Cathedral was severely damaged by fire, only the stone walls are left. My condolences go out to all Catholics. This cathedral is one of most recognized landmarks in France besides the Eiffel Tower.

Per CBS News, “Firefighters managed to save the cathedral’s landmark rectangular towers from the blaze, but a Paris deputy mayor, Emmanuel Gregoire, said the cathedral had suffered “colossal damages.” Interior Minister Christophe Castaner told reporters that the cathedral was “under permanent surveillance because it can still budge.””

Now I am going to compare this disaster to our losing the World Trade Center towers and the damage the Pentagon suffered on 9/11. In all three cases fire was a factor in the major (catastrophic in the World Trade Center case) damage. Now I know that as far as we now know that no act of terrorism caused the Notre Dame fire, but fire has destroyed many landmark buildings over the years and while one was an accident and the others a result of hate they have fire in common.

For most Americans the loss of the Towers was a wake up call to the fact that the terrorists were out to harm us and in fact want to destroy our way of life. The fire at Notre Dame is causing a religious and in some cases a historical call to arms. So these events have had a profound affect that has left its stamp on the psyche of all who care about or know what happened.

I am sure that the people of France and Catholics in general will remember yesterday’s events with some sadness and with a renewed belief in faith that the cathedral was not totally destroyed and many holy items were saved from destruction.

Unfortunately some many people and objects were destroyed on 9/11 and all these years later we Americans have not forgotten what happened and why.

When a significant event occurs it imprints upon our collective psyche, whether we want it to or not. The commonality is the fact that we humans rebuild what we treasure and at the same time we also come together in solidarity to help one another.

It is my hope that the great Notre Dame is speedily rebuilt and we the people of this planet learn again a very important lesson. What we need to learn is that hope always comes out of tragedy and the perseverance is a positive human trait that should be nurtured.

Let us never forget that we are all the same under the skin, no matter what religion we believe in.