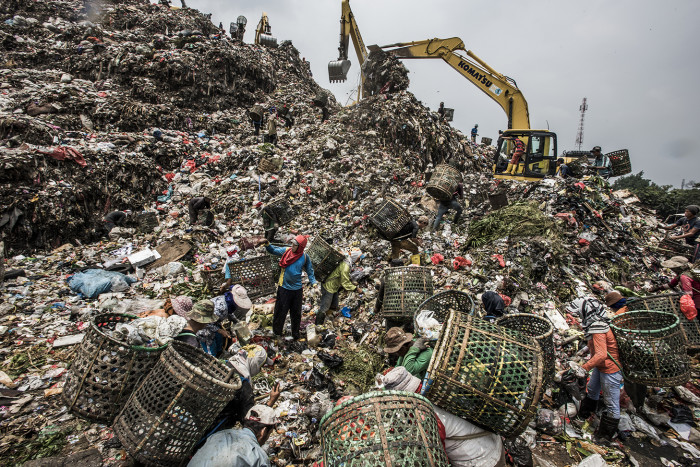 Is plastic recycling dying? First China stopped taking most plastics as of last year, now Malaysia and the Philippines are returning plastic trash that was illegally sent to them. So other countries really don’t want our plastic garbage to recycle anymore. What can we do?

From Reuters, “Malaysia last year became the world’s main destination for plastic waste after China banned its import, disrupting the flow of more than 7 million tonnes of the trash a year.

Dozens of recycling factories have cropped up in Malaysia, many without operating licenses, and communities have complained of environmental problems.

Yeo Bee Yin, minister of energy, technology, science, environment and climate change, said 60 containers of trash that had been imported illegally would be sent back.

“These containers were illegally brought into the country under false declaration and other offences which clearly violates our environmental law,” Yeo told reporters, after inspecting the shipments at Port Klang, on the outskirts of the capital.

Philippine President Rodrigo Duterte last week ordered his government to hire a private shipping company to send 69 containers of garbage back to Canada and leave them within its territorial waters if it refuses to accept them.”

From NPR, “China had plenty of capacity to handle plastics and lots of cheap laborers to sort the recyclable materials from the nonrecyclable. By 2016, the U.S. was exporting almost 700,000 tons a year to China alone. Overall, China imported 7 million tons from around the world.”

Because it is difficult to clean the plastic containers and all the pollution from cleaning them, China stopped taking our plastic recyclables and now other countries say no more also.

We do not do much recycling here in the United States because it is too labor intensive, making it not profitable. What can we do then?

One thing that has to be done is cut down on the excess use of plastics in consumer packaging, as well in shipping, and of course in throwaway items that we use only once.

But that still leaves the problem of somehow reusing/recycling the plastics that we will continue to use. Well a scientist named Morgan Vague has found a microbe that does eat plastic bottles. Per the Independent, ““It looks like it breaks it down into harmless by-products that don’t do any environmental damage, so right now what it’s doing is breaking down the hydrocarbons within the plastic, and then the bacteria is able to use that as food and fuel,” she said. “So essentially it’s using that to live. It’s essentially turning plastic into food.”

But she warned there was a “long way to go” until we will start to see the microbes eating plastic at anything like the rate useful in disposing of plastics.”

So until then we will need to go back to glass and metal containers. They are easy to recycle, but not as nice as plastic containers are.