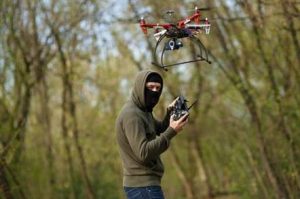 Drone panic is now even worse since the attacks on two separate Saudi Arabia major oil facilities. It now seems to officials that every toy drone could be potentially used to attack us.

The reality is that the toy drone that you can buy in a store or online is not what the terrorists are using. They are too small to carry a large enough payload of explosives to do any real damage.

From Aljazeera, “Tensions in the Middle East have escalated following drone attacks on two major oil facilities in Saudi Arabia.

The pre-dawn attacks on Saturday knocked out more than half of crude output from the world’s top exporter – five percent of the global oil supply – and cut output by 5.7 million barrels per day.

Yemen’s Houthi rebels, who have been locked in a war with a Saudi-UAE-led coalition since 2015, claimed responsibility for the attacks, warning Saudi Arabia that their targets “will keep expanding”.”

One problem is perception and the other is no real knowledge of what the difference is between what is a military(ized) drone and the consumer ones.

On a website run by an attorney who knows about consumer drones, he talks about what happened in Saudi Arabia and concluded in his blog this, “many great benefits have been actualized with drones which far outweigh the destructive uses we are witnessing. As we see the emergence of this new threat, we should remind ourselves that the use of new technology for harm is not a new concept and should not evoke a knee-jerk response towards the technology itself, but towards the bad wielding it.”

Now if the United States government agencies and local ones would only recognize that consumer drones poise no real threat then maybe they could come up with a less draconian system than what has been put into effect so far.

What is being destroyed by all the panic, is a hobby many enjoy and drones are totally harmless when flown in a responsible manner. For example if you were to look at the rules that are now in force for drones over 250 grams in Canada, you would find a set of laws that make very little sense and in fact are quite draconian in nature. Let us hope that our own government keeps a cooler head and realizes that consumer drones poise not real threat.