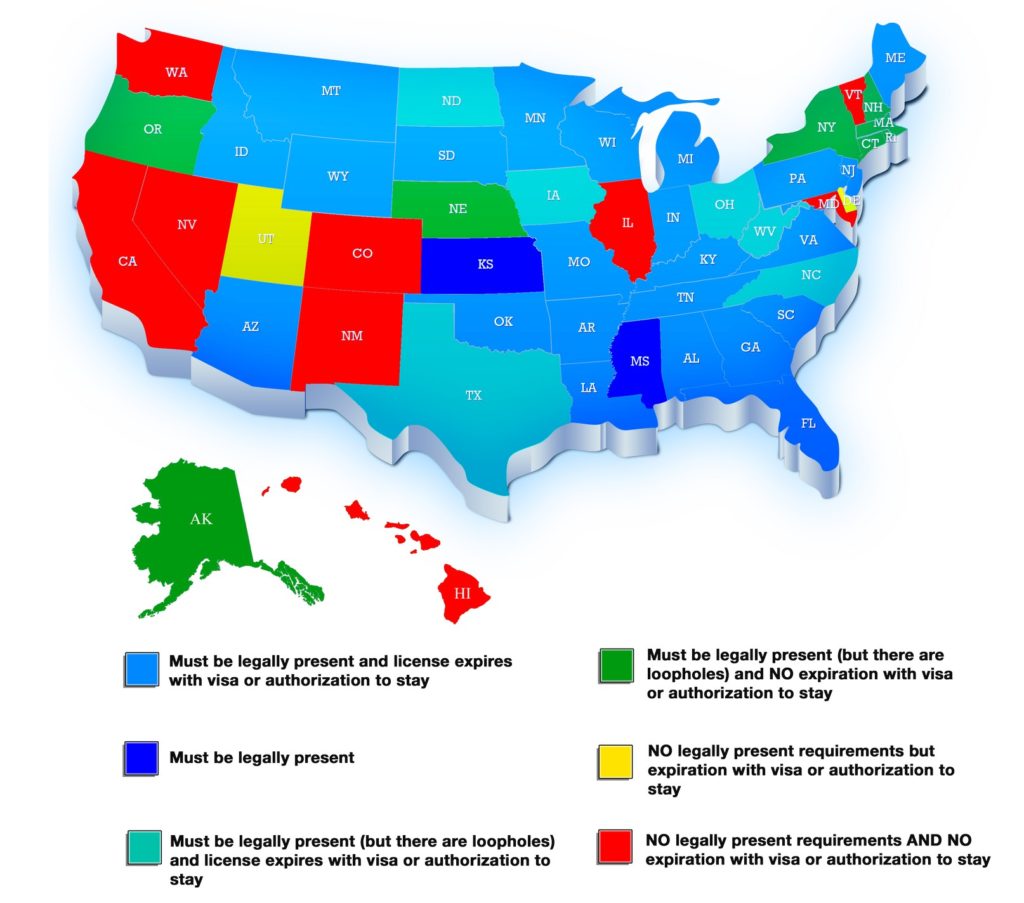 Why is now so proper to give driver’s licenses to those who do not belong here? Just recently New York state has joined the list of states that allow those here who should not be, IE Illegal or undocumented aliens to get a driver’s license.

Per NCSL, “Proponents of extending driver’s licenses to immigrants argue that licensing undocumented residents will lead to fewer hit-and-runs, more trust between immigrants and police, and increased revenue for Departments of Motor Vehicles. Opponents of expanding driving privileges assert that granting licenses to undocumented residents reduces the incentive to follow immigration laws and would lead to increased voter fraud, ID fraud, and bank fraud.”

I for one do not see giving a driver’s license, limited or not, to someone who can not prove who they are! A person who has entered the United States without the proper papers can not be trusted to tell the authorities the truth. And even if they are providing true information about themselves, it is very difficult and maybe next to impossible to verify who they are.

Why the proponents of doing this think that by doing so that these people would get car insurance and somehow make them more trusting of the police. My thinking is why would they want to pay for something that costs a lot of money. All they would have to do is go back to their local department of motor vehicles and apply for another license under another name if they are caught. And why would they now be more trusting of a police officer when that same officer represents the government? The government, be it local or federal, to them is something to avoid at all costs to prevent them from being sent back home.

From Wikipedia, “A group of county clerks in New York say they will not comply with the law signed by Governor Andrew Cuomo this week. They say it conflicts with a federal labor law that prohibits employers from allowing illegal immigrants to work in the country. Monroe County Executive Cheryl Dinolfo claimed she is already making plans to sue and has called her county’s legislature to craft a bill allowing a lawsuit challenging the constitutionality of the plan. Erie County Clerk Michael Kearns has stated that he will not enforce the law and that he’s going to federal court. Attorney General of New York Letitia James said she will defend a new state law that allows undocumented immigrants to get driver’s licenses despite the defiance of some county clerks. She stated: “It is not an immigration bill. It’s not going to dumb down our citizenship. It basically gives a privilege to individuals to drive to work and to school.””

The county clerks in New York are quite correct to sue to stop this nonsense and the reply of the Attorney General  to the idea of a suit is totally wrong! It does dilute citizenship by blurring the line of legal vs illegal citizens.