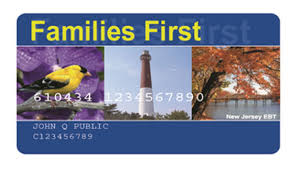 I have a tale of county governmental stupidity that involves SNAP (Food Stamp program). The person involved had gotten to the level of poverty where they decided help on the food front was needed. So of course they applied for SNAP and described below is their tale.

The tale begins innocently enough with them going to the online website to fill out an application for SNAP. Sounds fine right? Well it devolves from there.

After entering all the pertinent information and submitting it. A short while latter a phone message is left for them that stated that they had missed the phone interview, which is the second step of the process. Interestingly that same day a letter came in the mail that informed the them (the recipient) that a phone call should be expected at such and such a time. Well if you did not guess it, not enough time was allowed for the mail to arrive. So on the telephone they went to call social services for their county and arrange for a new interview date. When telephone interview day came everything went just fine and with only a few things that had to be satisfied before a SNAP card would be approved.

So the gathering of the required information and a letter of testimony and with the additional proper required proofs. All of these things were sent on to social services via the US mail.

Then the waiting game started. The process was initiated in early December and by early January a form letter of denial was received informing them that they had some information missing. This letter had the return address of the state capital. Well this person could not figure out what they had done wrong because their was no mention of what was missing and while trying to figure out what to do, a second letter came from the their county social services and that stated that they did qualify and for how much. That made them feel better, but a little confused!

So they then waited for the SNAP card to come and in a few weeks when it did not arrive a decision was made to call county social services. Well in the next two weeks a number of calls were made directly to the worker who was listed as the person handling the case and every single time they could not speak to that person, but instead had to leave a message. One thing that should be noted is the recording said that if there this was an emergency they should dial zero to get the operator. Well it did not seem to them that it was an emergency, so they just kept trying to get the worker with no success.

After feeling like no one would ever call back and looking at their dwindling food supply, a decision was made to call the main number. Well guess what happened! After all those calls they were told the SNAP card they received way back in 2013 was refilled and ready to be used in 2020. The only problem with that is the the card had been lost in a move and why would anyone still have (keep) a SNAP card that was seven years old anyway.

Next came the shocker, the card had to be canceled. Canceled you say! Yup, canceled by calling a state number and telling them the card was lost. Sounds a little stupid to assume a person would keep a seven year old SNAP card to me. To me it should have been canceled after a few years of not being used.

Then back on the phone they had to go to inform the county that the card was canceled and to issue a new one. Which by the way could up to ten days to receive by mail.

I can only think one thing, what the heck is wrong with this system? There seems to be no checks and balances. And even worse no common courtesy at all! What happened to returning calls and why were there no mention that they were assuming that a SNAP card last used in 2013 was still in the possession of the applicant?