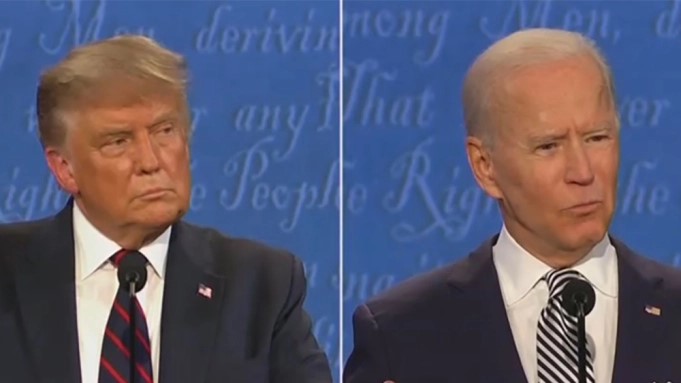 Tonight President Trump and Vice President Biden will hold their second debate. It should be interesting, but I am going to go off on a tangent.

Trump has lambasted the nation with allegations about Biden’s son , Hunter. Per Business Insider, “Trump mentioned his business dealings, including his connections with the Ukrainian gas company Burisma Holdings and profiting in China while his father was vice president.” These allegations involve Vice President Biden and say that he used his position to profit from his son’s connections.

On the other hand Biden says, “Trump is responsible for contracting coronavirus, faulting Trump for failing to wear masks and follow social distancing guidelines. “Anybody who contracts the virus by essentially saying, ‘masks don’t matter, social distancing doesn’t matter,’ I think is responsible for what happens to them.”” Furthermore, he “accused the president of dismissing the threat that coronavirus posed to senior citizens. “You’re expendable, you’re forgettable, you’re virtually nobody. That’s how he sees seniors. That’s how he sees you,” said Mr Biden.

The “only senior Donald Trump seems to care about” is himself, he added. Mr Biden also criticised the president for holding “super-spreader parties with Republicans hugging each other without concern of the consequences”, while senior citizens couldn’t see their grandchildren.”

The claims about interference from China and Russia might or might not be valid, but are they the real issues that Americans really care about? Read on below and you will find out for yourself what we the voters do really want to know.

What is happening is a sideshow that deflects the public’s attention from the real issues. Per the Pew Research Center those (top ten) issues are as follows- The economy, healthcare, Supreme Court appointments, coronavirus outbreak, violent crime, foreign policy, gun policy, race and ethnic equality, immigration and economic equality. Both climate change and abortion are high on the public’s radar too.

The debate tonight should revolve around these ten issues and let’s forget, at least for now, the sideshow and its sniping. I hold little hope that this will happen, but one can hope can’t one?

So what is the tangent I alluded to earlier? The real issues of course. Trump and Biden talking about everything else is just about irrelevant to me and I hope for you.

Gentleman I beg you to stick to the issues and give the American people the information about yourselves that we voters want to hear about.