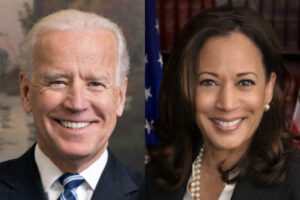 This New Year’s Eve we Americans stand at the dawn of a new Presidency. Joe Biden and Kamala Harris have been certified by the Electoral College as the winners, so on January 20th they will be sworn in as President and Vice President.

And yet Trump keeps denying the facts. He lost and the courts have upheld the validity of the vote counts in all the states where the Republicans have disputed them.

The Biden Transition Team has been blocked and harassed by Trump’s minions in the Federal Government. The latest being the Budget Office refusing to cooperate. This also happened at the Pentagon and not initially getting security briefing, etc.

President Trump has refused to give up and his far right wing followers are making the transition a nightmare for Biden. Trump needs to stop acting like a child that has lost and starts to throw a temper tantrum. He needs to realize that he is hurting the American people and the political process itself.

The time for doubt is over and now it is time for the peaceful transition from the Trump presidency to Biden. Biden will be the 47th man to be President of the United States and his victory should be respected by all political parties, for he is the next legitimate holder of our highest office.

It is now time to stop all this nonsense and move on with the transition. We must continue to show the world how a Democratic Republic can peacefully transfer this high office without any violence being involved by anyone.

For those of you who did not vote for Joe Biden, you must accept the fact that he will be President. Trump lost fair and square and there is nothing for you to do, but accept that the world is changing. It may change for better or for worse, I for one hope for the former rather than the latter. But those of you radical right wing followers of Trump. Remember this, he had his chance and blew it. Now Biden will have his chance. He may or may not make a mess of it. Only time will tell.

I like many Americans are sick and tired of all this political bickering. Especially by the Senate Republicans and most certainly by the Senate Speaker, McConnell. The senate race in Georgia will determine who has a majority in this upper chamber. Will it be the Democrats or the Republicans? I will not hazard a guess.

What I will do is this. I ask all politicians to stop acting like little children and start talking to each other, instead of talking at each other. Remember that you work for the people of this great country and not the other way around.

I will close by saying ‘Happy New Year’ and may it be a better year for all than this one.