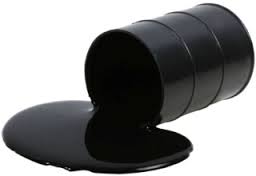 The low price of oil is down in the price range of under $30.00 and gasoline is selling well under $2.00 for most of the country. But we have to face the fact that low oil prices also hurt the economy. I hinted at this previously on my blog, Has the Dramatic Gas Price Drop Been Good or Bad?, and it now has become true.

Our economy is very much linked to the price of gasoline (oil) and as oil prices have dropped over this last year the cost of drilling new wells has stayed the same or went up. You have to remember that it costs money to find the oil field, then an exploratory well has to be drilled to see if anything is really there and how much is in the field. Only then can the oil be pumped out and delivered to refineries to be made into different products, such as gasoline and diesel fuel.

Per USA Today “2015 was the year that job gains in the energy sector came to a screeching halt as rock-bottom oil prices triggered layoffs of more than 258,000 workers globally, according to a comprehensive analysis by industry consultant Graves & Co. And the energy business is poised to endure a fresh round of job cuts and bankruptcies in early 2016, analysts say.” So now many previously employed oil workers are now laid off and wondering when they will be rehired.

With many people are now out of work because they were employed in the oil industry or a related field states are going to have to pay unemployment to most if not all of these people who were laid off. “The closer you are to the wellhead, the quicker you are to lose your job,” A Houston based energy consultant from John Graves of Graves & Company said, “Those are the kind of jobs that get hit first because it’s where a company can quickly make cuts.” And furthermore “I expect it to get worse in the near term. Expenses have to be cut pretty dramatically and that means that employees on payrolls have to go.” A number of oil companies in Texas have endured revenue losses of up to 70% over the last year and when there will be a recovery is far off in the future with Iran now able to sell its oil again to the world.

So the next time you go get gasoline for your car, suv or truck remember that having gasoline prices as low as they are does have a negative impact for everyone, not just for those who get it out of the ground. Also you must realize that as foreign oil becomes cheaper than USA drilled oil, we as a country will once again become more dependent on the whims of OPEC. I hope all of you reading this will remember that fact and try not to be wasteful when using gasoline or fuel oil, because if you do, we all could end up dearly paying for it.

That it my opinion- Jumpin Jersey Mike