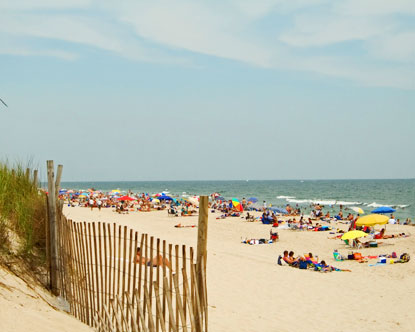 Does New Jersey have the right to seize land under emanate domain to build protective dunes which will protect their beachfront homes and the property of others? My short answer is a resounding Yes! For some reason these people and the governments of some of the shore towns are opposing the state about building something that benefits them.

Beachfront owners in the towns of Point Pleasant Beach, Brick and Mantoloking maintain that the state Department of Environmental Protection (DEP) does not have the right to take private property.

The attorney for one of the homeowners, Anthony DellaPelle, said, “The government’s power of eminent domain is an extreme power that must be carefully and property used because of the ramifications. Private property rights are fundamental rights protected by the Constitution’s Bill of Rights.” Those who are opposing the taking of some seafront land are implying that the dune project is a smoke screen to seize private beaches up and down the coast, without the underlying legal authority to do so.

Where did this attorney get the idea that there is no underlying legal authority to seize land through the emanate domain process? As a layman I see no reason that justifies this idea. The state through legal means does have the power to seize land for the purposes to protect the public or for the public good. If this does not come under the public good clause, then the attorney is correct. But I see no tactic being used that in anyway can be construed as a land grab by the DEP.

And furthermore why should these homeowners have private beachfront property in the first place? The land that comes up to the high water mark belongs to the Federal Government anyway and I think that for fifty feet above that should belong to the state in any case. No one should own the access to ocean and the state should be in control of beaches in my opinion.

The seaside town of Margate has taken the state to court and prevented construction of dunes; the town maintains that their wooden bulkheads provide sufficient protection against major storms. Also, homeowners in the town of Bay Head are also suing the state to prevent any dunes from being built. They claim that a rock wall behind their homes will work better than dunes. Some of them say that they worry about who will be required or even allowed to maintain the beaches once dunes are built on them. Others fear the eventual construction of boardwalks, public restrooms and even some form of entertainment might be built near their homes. Both the state of New Jersey and the Federal Government say they have no such plans.

What I really think this is all about is that they the homeowners want to keep their beaches private and prevent anyone from having any public access to the ocean.