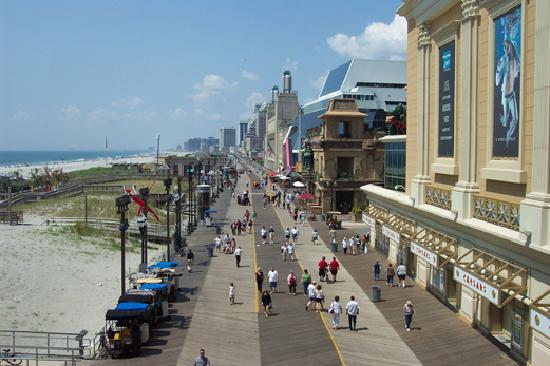 Atlantic City once was the mecca of the East Coast for gambling, but with the opening of casinos in nearby states that has more or less ended. Coming with the downturn was the closing of many of the casinos, including one that was toted as being the savior of the city. It closed after only a short time of being in operation, leaving the city worse off than before.

Now Atlantic City’s Mayor, Don Guardian, has announced on the 21st of March that “The city is in discussions with the state to avoid and forestall what may be an imminent financial predicament. Unfortunately, due to financial circumstances beyond our control, we will be forced to close City Hall.” What will happen if the state does not intervene is that all nonessential services will be shutdown starting April 8th and will not resume until May 2nd when taxes are collected.

The Governor and the Senate President, Steve Sweeney, did come up with a rescue plan. It entails a state take over of city finances including the renegotiating of union contracts. Something that both the Mayor and the Assembly Speaker, Vincent Prieto, do not want happen! If the city is to recover then it must get its costs under control, this includes revising these union deals. It seems to me that Steve Sweeney, who is a union man, knows when to compromise and Mr. Prieto does not. Is there something or someone unduly influencing the Assembly Speaker? It makes no sense to take the stand he is taking and block a bill that would save Atlantic City further financial distress.

All of the problems stem from bad governance; from the top down and the state never stepped in to say that something was wrong. The corruption that is part of Atlantic City seems to be ingrained into the political structure of its politics. It seems to me that if anything good is to come out of this, then there must be a through look at why this happened. We must not just blame the downfall of the casinos as to be the main causation, but look much closer at the financial records of all of the departments, including the school system.

Past mayors have allowed corruption to flourish and while some have complained, nothing substantial was done. Yes the bad mayors were gotten rid of and yet the city still can not correct its fiscal problems by itself. The state must step in and control the finances so that the city can once again pay its bills. There are no other steps that the city can take to fix itself, so I ask Speaker Prieto to stop blocking the compromise bill and that Mayor Guardian also do the same.