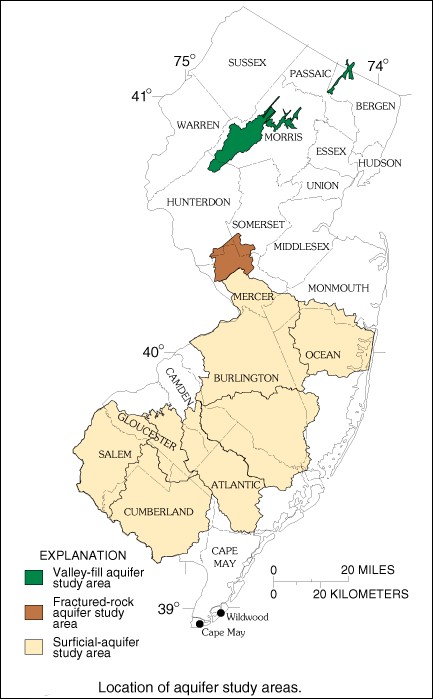 Water is critical to New Jersey’s future and yet we are allowing builders to cover over the state with their projects. We get our potable water from both aquifers and reservoirs, in just about equal amounts.

One of the big publicly unknown problems is our water supply problems. If we have a year of less than normal rainfall, normal is about fifty-four inches, then the state implements drought control measures which causes those industries dependent on water to cut back on their output. This in turn affects New Jersey’s economy negatively.

We also have a large number of Superfund sites, which are full of dangerous chemicals that can and have tainted our drinking water supplies. With all the new construction of housing going on our state is turning into one giant impenetrable surface where rain runoff can not get easily into the ground. The rain water might just end up running into the ocean at some point in the future the way we are paving over the state.

And yes I know about the large protected forested area in the southern part of the state called the Pinelands. The problem is that getting any water from Pinelands to other parts of the state would be very expensive and difficult to say the least.

Those in the suburbs who are using companies to fertilize their lawns are further exasperating the water quality/supply problems because the potable water supply becomes befouled with the excess runoff of fertilizer and/or insecticides from all the unneeded applications. You have to realize that these companies are selling a service and the more applications they sell to you the more money they make. These companies fertilize your lawns far too often and thus pollute our potable water supply. A bright dark green lawn should not be your goal!

All of the housing developments that are destroying open spaces are not necessary. Fortunately Generation X is returning to city dwelling and forgoing the suburban lifestyle. But with population growth comes an additional strain on your local water supply system. Some towns used to use wells exclusively for their water, now many have had to connect to other towns that have their water come from other sources. What will happen when we have a drought in one part of the state and can not get water transferred from another part because there are no interconnection(s)? This could happen and then you will be on strict drought measures with brown lawns with dead flowers. Not a very pretty picture is it?

What must be done is a complicated question, but I know that one of the answers is to stop the overdevelopment of our state before it is too late!