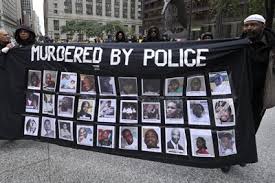 Where have all the leaders gone? I really have to ask that question because of what happened to George Floyd and other blacks. The time to march and riot is long past, it is time for leaders to emerge and lead the whole nation to a better (,safer) and fairer tomorrow.

President Trump rails against the protesters and calls the rioters thugs, which they are. Joe Biden has finally gotten out of his basement and promised if elected a better tomorrow. My question is can either of these two people really can change the course of this country and bring us to a new tomorrow?

And I do not see any real leaders from the black community really doing anything on the scale of lets say Dr Martian Luther King Jr. Senator Cory Booker, for example is not doing anything, but saying platitudes and threatening changes to create bills to address (supposed to) the problems that let bad actors, in this case the police, to kill others with impunity. Booker is calling for “laws that govern misconduct for police in the country. The legislation would also call for a creation of a police registry for misconduct, mandatory reporting of use-of-force incidents, and to ban racial and religious profiling and require racial bias training.” Would new laws fix everything? I think not! The answer is not some simple set of laws, it is the basic change in the thinking of how we treat others. Regardless of their race, creed, color or religion, no one deserves to be treated with any less respect or justice than anyone else. We all are created as equals under the laws of the United States and it is time to root-out those who serve the people who do not understand that simple fact.

The leaders of today who are not black (this may include many black leader too) and who have been in office for long periods of time are lacking in any standing as far as have addressing this vexing problem. Neither of the people running for President have done anything to really address this very serious problem. In the past the deaths of those apprehended by the police who happened to be black or any minority race have caused outrage and yet no real fix has been found to prevent the problem from reoccurring.

So I am lamenting the lack of leadership by elected officials with the following song:

I modified a song entitled ‘Where have all the flowers gone?‘ by Pete Seeger.