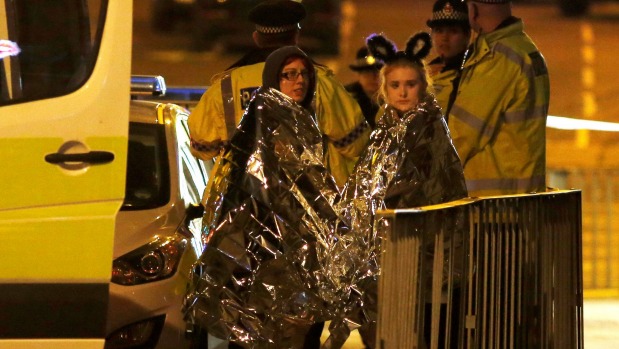 Hate pervades this planet Earth! With the attack at the Ariana Grande concert in Manchester England yesterday, twenty two died as a result of a suicide terrorist attack. May the families of the dead somehow find peace within themselves and someday soon the truly righteous people of this planet will quash these evil groups who kill and maim those who think differently from themselves.

Let us not forget those who were also injured and may those in local Muslim communities, here and abroad loudly denounce acts of terror like this! There is no room for those who claim that if you do not follow what I believe in, then you must duffer and die.

So many have died in the last twenty years or so in the name of religious beliefs that can not tolerate the ideas of the West invading the thoughts and minds of their people, the big question is why? Because they are trying to suppress non-Islamic Western ways from changing their backwards ways.

Radicalized Islam is very dangerous not only to us, but to the Muslim community worldwide. No person or persons who do not subscribe to the radical Islamists ideals are safe from their destructive ways.

The New York Times stated that “President Trump condemned the attack and pledged “absolute solidarity” with Britain. Speaking in the West Bank city of Bethlehem, he said the bombing underscored his message about the need to confront the threat of terrorism.” That is all fine and good, but it is time that the Muslim nations also standup and confront the hatred within their borders and seek them out to eradicate them.

Also in the NY Times story, “The crowd was filled with teenagers and other young fans of Ms. Grande, a 23-year-old American singer, who was not hurt. Shortly before 4 a.m., Ms. Grande posted on Twitter: “broken. from the bottom of my heart, i am so so sorry. i don’t have words.” I must add that Ariana Grande has canceled the rest of her worldwide tour.

My suggestion to Ariana Grande is not to cancel, but to dedicate some of the proceeds from her tour to the victims of the attack at her concert. I realize that she is in shock right now and may not be thinking clearly, but I do truly think that this would be the best course to take to show the terrorists that we will never cower in the face of hatred.

Now I will end today’s blog with the following- May peace ring throughout the land and hatred be buried in ground where it belongs!